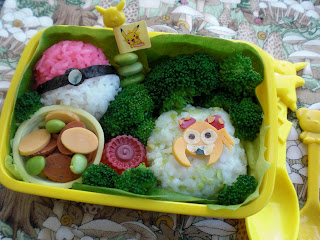 Paras has parasitic tochukaso mushrooms that grow on its back. It is a dual bug/grass type Pokemon. Its most common attack is Stun Spore. It is most often found in dark forests or caves.
Posted by veganf at 6:07 AM