AJ insisted on having his 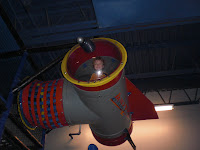 6th birthday party at
LazerZone just like his
brother Ryan did on his
6th birthday. I didn't
manage to get a photo
of his cupcakes that didn't
include a crowd of other
kids, but I did get some
fun pics of the other action! 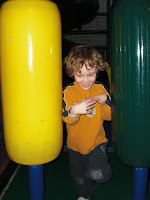 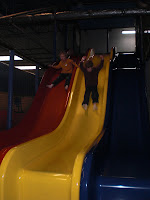 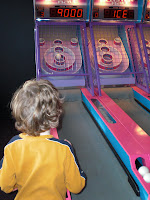 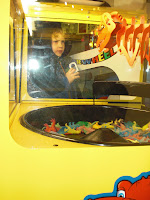 The boys brought home popcorn for Nate and Maia, and a mini skateboard prize for Nate, since he really wasn't old enough to go and had to stay with grandma and Maia.

Then this morning AJ woke up bright and early with one goal in mind.. 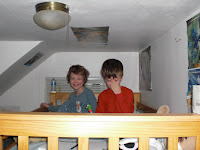 .to climb into Ryan's bunkbed! Federal law
states that children under
6 are not supposed to use
bunk beds, so he's been
waiting patiently for his
birthday to be able to
visit Ryan. He was just a
little bit excited... 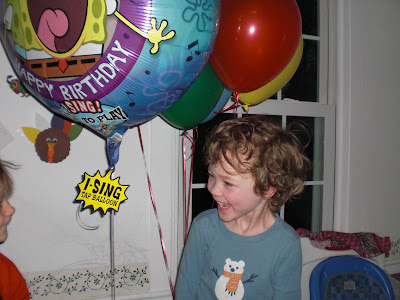 Maia had a hard time waiting for her turn. 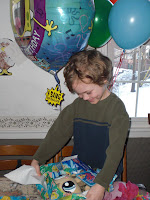 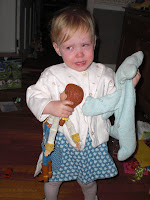 AJ opened one present before heading off to school. I made a fruit snack for his class: pineapple, cantaloupe, & grapes... 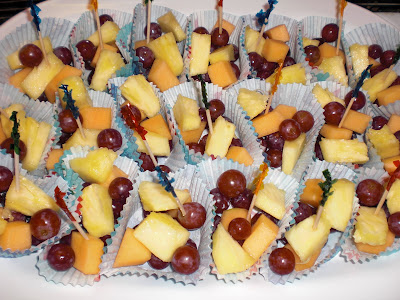 I made the frosting for AJ's cake while he was at school, and Nate graciously helped to lick the mixing implements. Then he and I brought the fruit over to school. Nate enjoyed the wlk home on the snowy rail trail, often used for cross country skiing in the winter. 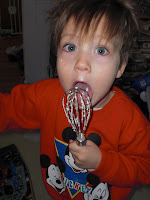 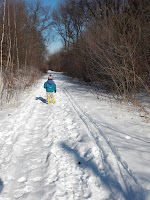 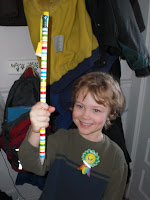 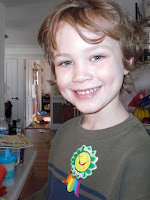 AJ loved the giant pencil and sharpener he got from his teacher, and his sticker of course!
And no school day would be complete without Ryan's bento... 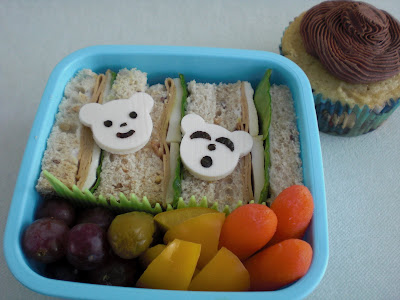 What a fun birthday!! I had no idea kids under 6 weren't supposed to be in bunk beds. Kidlet slept on the top of a bunk bed from age 3-5. Ooops lol.