Seriously, enough with the constant rain, and the weather that can't make up its mind from one minute to the next. The lighting was horrible on the porch for picture taking this morning... 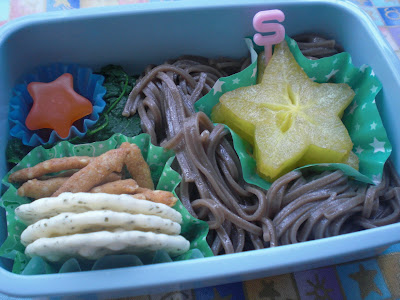 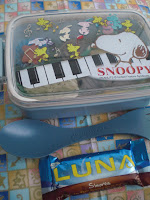 Served in a Snoopy bento
with a spork, and a S'mores
mini Luna bar on the side.

I should have posted over
the weekend...hmmm...so
much else to blab on about... 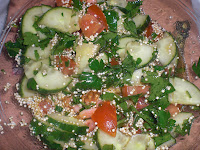 a way I really like quinoa!!
This sprouted quinoa salad
from Juliano's RAW was
marvelous...though I omitted
the mint. It's not that I don't
like mint, but, well, I just
don't like mint often in a lot
of things. Mint chip ice cream
is another story. :-)

The weekend kept us busy. It began with a bonus farm pickup on friday afternoon! They're really getting the hang on winter growing now during the second year trying it, and for $30 we brought home 10lbs of root veggies, a monster bag of spinach, some garlic, and as many extra purple-topped turnips as we could use. Plus for $5 each we could purchase another bag of spinach and/or a bag of swiss chard & beet greens. We got both.
The greenhouse was already filled with flats of seedlings poking out of the dirt, getting ready for spring planting. It was very muddy around the farm though, as we had a ton of rain. 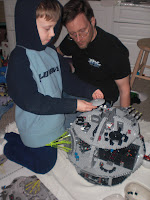 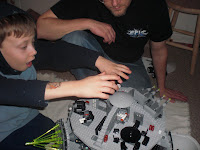 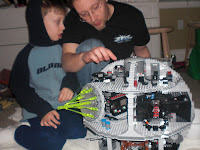 In other news, the Death
Star is finally complete!
It only took 3 months of
friday evenings, LOL.
It has its own shelf, up
high of course so that it
is protected from the
destructive forces of a
toddler and 3yo. 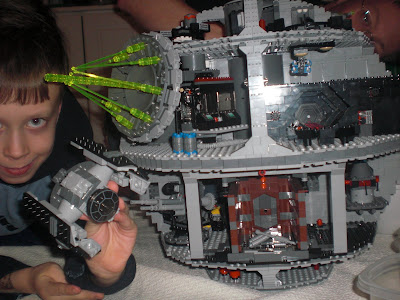