Mudkip is a water-type starter Pokemon that can be chosen in Pokemon Ruby, Sapphire & Emerald, along with Treecko and Torchic. Mudkip can use the fin on their heads to detect subtle changes in air and water currents. Mudkip are born on the beach, but soon make their way to homes in swamps or oth 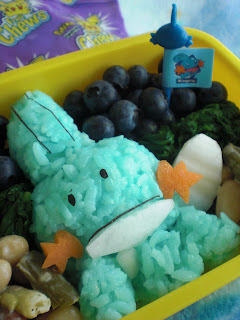 This
Mudkip
is made
from
rice
dyed
blue
during
cooking,
carrot
"gills",
bok choy
stem,
and nori
features. 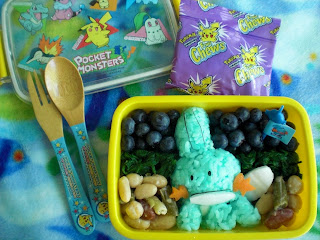 AJ didn't need to bring his own snack because Dada was parent helper. Our snack for the class was puzzle pretzels, apple slices, baby carrots & fruit punch (100% juice).

Now more highlights from our trip to Florida last week... 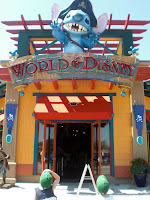 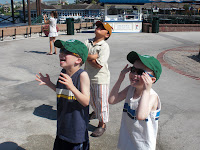 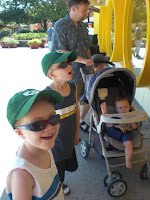 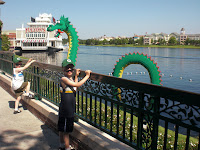 We visited Downtown Disney in Buena Vista. There's a huge Disney store there, with a giant spitting Stitch (from Lilo & Stitch) over the main entrance. The boys thought it was hysterical to stand there waiting to be "spit" on by the overhead fountain.
There's also a Lego sea serpent IN the lake! 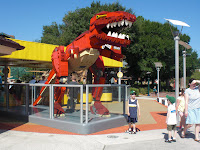 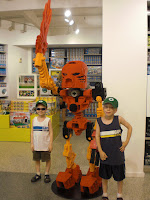 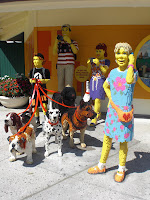 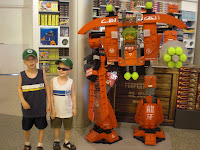 At the Lego store there is a Lego dinosaur and various other lifelike Lego statues. The boys were really excited about the Bionicle one. 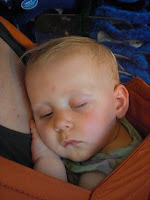 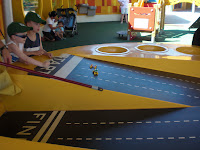 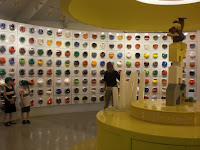 Maia was more interested in a nap than the Lego store, but the boys built and raced Lego cars, checked out the massive collection of loose Lego bins, and generally drooled over everything. Ryan got a small Lego Star Wars speeder and AJ got a Lego mug with his name on it...and we finally bought a brick separator to save them from using their teeth all the time to take apart stubborn pieces! 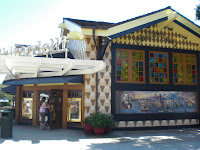 And I think it goes without
saying that I had to at least
peek inside the Ghirardelli
chocolate store.

But the boys enjoyed some
frozen lemonade and soft
pretzels.
Posted by veganf at 6:21 AM

Aww Mudkip is great!! Your vacation looks like it was great fun :D

Yeah, I'm always surprised at how many hits I get from people searching for various Pokemon. I guess we're not the only ones who still think they're cool!