I know, I know, I've been
gone from the blogosphere
for over a month! Really, I
have excuses, as lame as
they may be: end of school
year bustle, summer school,
solo hiking trip, excessive
rain, a fire at my husband's
office, jury duty, Maia's 2nd
birthday. But most of all
it was the crashed laptop
that did me in. Yes, we have
multiple other computers, and I keep all my photos on an external harddrive as well. But what a pain to move them to a new computer. I really like them all in one place. So I waited while the sick laptop was away...and waited. Then I started getting used to being away from it. And then school was done and there were no lunches to make. The laptop was gone almost a month, but finally it returned, functional, though not much faster and still crashing from time to time.
But then the unthinkable happened...our oven broke. Now, I've wanted to replace our oven since I moved here. It's old, a non-standard size, the door handle has broken off, and it does not hold a consistent temperature.
Hopefully next week I will be announcing the arrival of a brand new oven. It remains to be seen if it will fit, so we're keeping a crowbar on standby. I'll let you know how it goes!

In the meantime, I have a backlog of photos galore!! Why don't I start back with pics from one of our favourite places, Stearns Farm CSA. I have begun to lose track...it's our 5th? 6th? year there, and it's always changing and always wonderful. 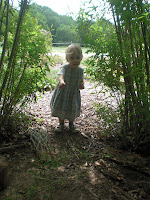 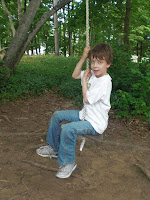 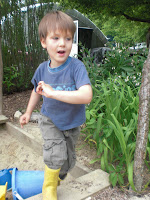 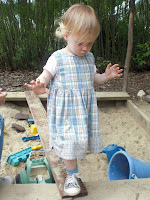 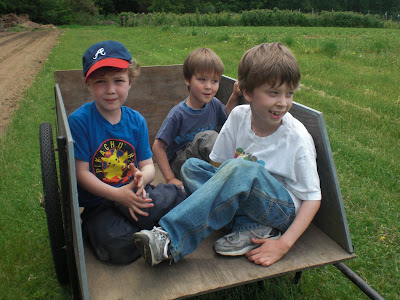 Early in the season is the farm's Spring Festival and potluck. My husband observed that out of the dozens of dishes people brought, not a single one contained meat. None. There are no rules about what to bring, and most people label their dishes, often with a complete ingredient list. Not only was everything vegetarian, but I'd say that two-thirds of the dishes were vegan! I'd never imagined going to a potluck that was not specifically vegan and being in the majority. What a pleasant shocker! It's so great that so many people in our community make their health, the planet's health, and that of animals a priority. 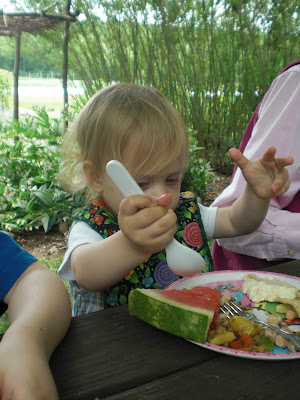 Maia is
big
enough
this
year to
really
enjoy
the
festival
and the
farm
envir-
onment.
The
kids
must
have
eaten
their
weight
in water-
melon. 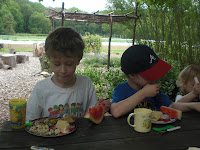 So be prepared for a posting
marathon while I attempt to
play catch-up. I have just shy
of 1,000 photos in one folder,
and that doesn't include any-
thing from my phone.

I try to refrain from using my
phone for food photography, 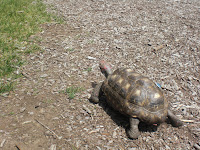 but sometimes it just happens
since carrying two devices, no
matter how small, just feels so
redundant. Problem is, I've
taken to unloading my phone
pics onto the big computer since
that's where I sync my iTunes.
Somehow I have to get more
organized!
Posted by veganf at 3:33 PM

I really missed your blog! So happy you're back. :)

I'm so glad to see you back! I've been checking! Yours is my favorite bento blog and I love your recipes, even though I am not vegan....or even vegetarian. But I'm always looking for new ways to incorporate veggies into our menu.