If I were a beaver

The rest of vacation week had its ups and downs with wild edibles. 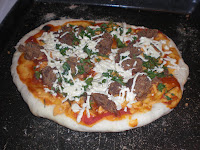 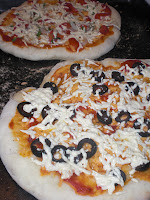 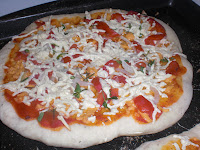 Half the pizzas on pizza
night received chopped
chickweed and it was
fantastic! My new fave
combo is tomato, onion,
garlic, chickweed...with
sauce and Daiya shreds of course, atop my homemade crusts. 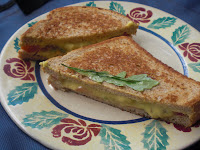 Dandelion greens made it
into (and on top of) grilled
nutritional yeast cheeze
sandwiches.

However, the next day I
picked from a new patch
and sauteed them...not even
I could choke them down they
were soooo bitter!

On to what I thought would be a fabulous dessert...here's Ryan after he helped lop off a dozen stems of japanese knotweed. 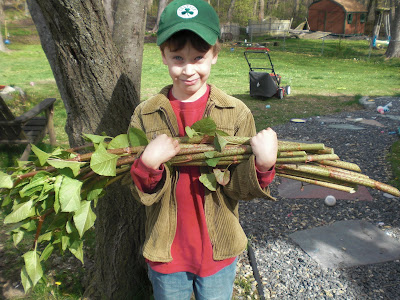 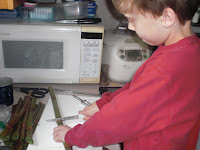 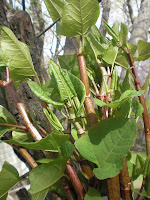 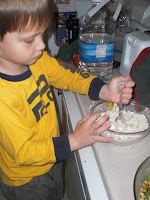 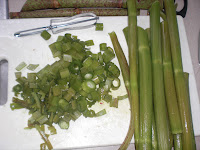 My goal was a knotweed crumble, so I did what I would mostly do for a rhubarb walnut crumble or the like. The boys helped, it smelled and looked fabulous. But as my husband said, it tasted great! Except for the splinters!! Maybe it wasn't QUITE that bad, but yeah, the thicker stems were horrendously stringy and pithy.
But can that be solved? I don't know, and the advice I've read is quite conflicted on the matter. For instance, The 3 Foragers recommend small young tender shoots...which makes sense to me because they'd be less stringy...but I did pick a few smaller shoots and I'll be darned if I could peel them before they'd either fray or I'd cut right through to the hollow core! The New England Wildflower Society (who runs among others the Garden In The Woods just around the corner from us) recommends picking the largest thickest shoots possible for easier peeling! They had quite a few recipes available online here.
I am willing to give it another go, but I'm not sure which is more prudent, though I'm leaning towards the smaller shoots and maybe they don't really need peeling?? Hmmm... Just so long as another beautiful looking dessert doesn't end up in the compost I'd be happy. 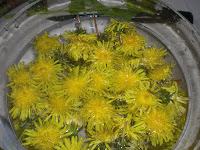 Another thing that DID go
over well, thankfully, were
dandelion tempura! The
boys of course loved picking
lots of dandelions. After a
quick bath and a patting dry,
they were ready for a simple
tempura batter and pan
frying in peanut oil. 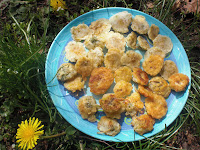 I absolutely love these, and
will happily make them again.

As the spring season progress-
es, I'll be on the lookout for
more wild edibles to try. The
boys never tire of going out
and foraging our own food!
Posted by veganf at 5:59 PM

those are some incredible ideas.very inspiring

Wow, you foragers. You just taught me the names of some new foods. And I am incredibly intrigued by the battered dandelions. We've nibbled on them before, but we just might have to try frying them up.

Hmm. Dandelion flowers smell weird to me. I imagine them to taste the way they smell. Do they? I have five acres of dandelions, so there are plenty there for the picking . . . I'm not sure I really want to try it, though.