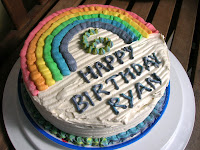 The weekend began
with Ryan's 6th birthday
and a party at LazerZone
--I never thought we'd
have one of "those"
parties, but 4 kids and a
messy house suddenly
makes those party places
look very appealing! 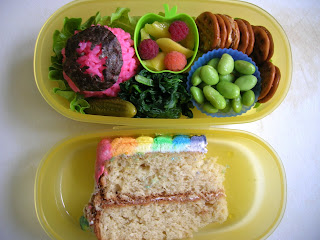 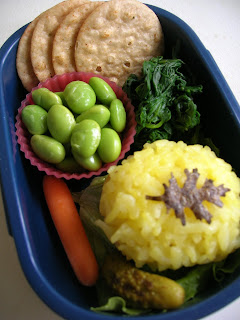 Ryan ended up with conjunctivitis, passed from AJ, who likely caught it at preschool. Since he otherwise felt fine we did some shopping together with the baby while the other boys were at preschool. 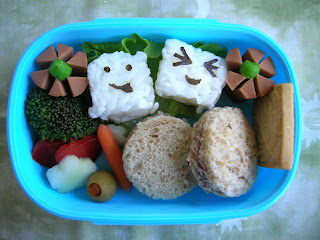 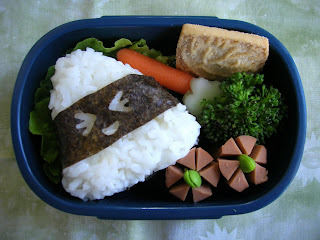 AJ's snack: rice triangle; a carrot; a cucumber flower; a sugar cookie; steamed broccoli; Good Dog "flowers" (AJ likes his with edamame centers instead of the peas or corn I usually use). 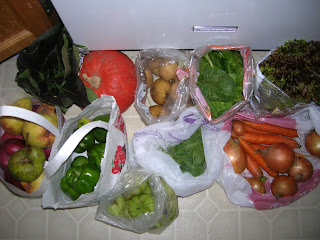 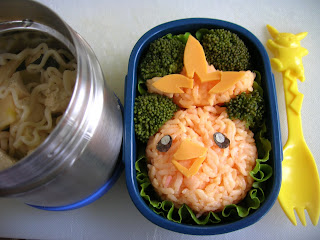 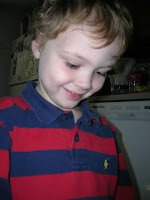 AJ helped to make the
snack for his preschool
class. He called the snack
"www . 3C-snack . com"
because everything
started with the letter C.
Oy, I think he's spending
too much time online, LOL. 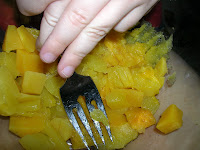 The first letter C
came from the
Carnival squash
that he mashed.
Then I pureed
some steamed
beets and the
batter turned
bright pink. 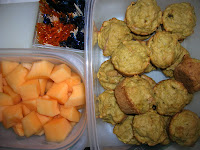 There's no school until next tuesday due to Yom Kippur and Colombus Day.
Posted by veganf at 4:19 AM