It's monday, not sunday. I didn't post yesterday. I was too giddy over a friend's baby's homebirth. But I was also still in shock about an amazing blog post...about me and my blog...I'm gonna mull it over for the week and post about it next weekend. I must think of something worthy to say!

Also, after March's daily posting experiment, I haven't decided whether I should continue blogging daily, or take 1 weekend day off, or just wing it. :::shrug::: 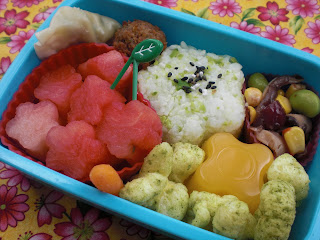 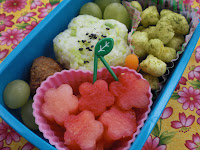 And now a weekend recap... 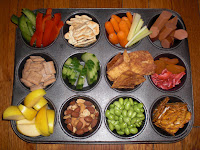 A muffin tin meal when
dinner supplies were
running low... 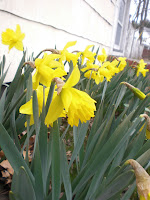 The daffodils in front of the
house are in bloom (though
the ones behind the house
get less sun and are always
a few weeks behind). However,
there's a gap (where the ditch
was dug last year when the
pipe to the water main broke
and flooded our basement) with
no daffodils that needs to be remedied. It looks like the workmen spread grass seed, grrrr, because grass is growing in a big rectangle in that spot. Why oh why? Now I have to deal with removing that. I know, petty complaint. 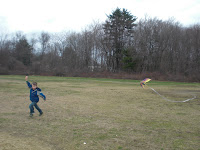 After a morning meeting with
some mama friends (or "mama's
playdate" as the boys call it),
it was quite windy. Ryan & AJ
wanted to try flying a new kite.
So we went to the school field
next door to give it a go. 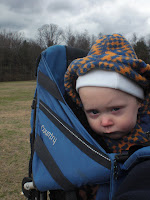 Maia was less than impressed.
It was windy but cool too, and
the boys weren't that adept at
kite-flying yet. Plus it was
getting close to Maia's afternoon
naptime. But hanging out in
the baby backpack was probably
wasn't all bad...as long as my hair
wasn't in her face the whole
time. 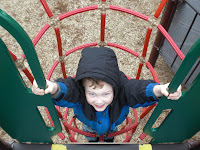 When the boys were tired
of flying kites, we played
at the school playground.
I'm always surprised that
Ryan isn't tired of it, since
he plays on it at school,
though only for 15 minutes
per day, and that's if it's nice
weather out. I really wish
they got more exercise & outdoor time at school. 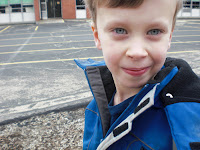 You have to catch Ryan
in action...otherwise he
gives the camera some
pretty goobery poses. 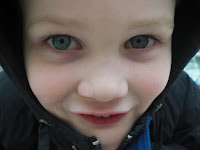 AJ on the otherhand
is always photogenic. 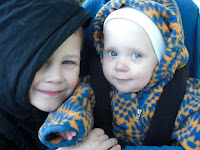 Maia and her favourite
brother AJ. 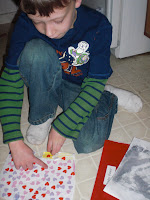 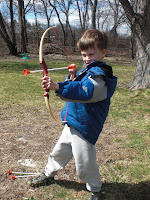 And Ryan had more to show off from his backpack than just schoolwork this weekend...he had a card from his "girlfriend" with dozens of hearts on it. In his 6 year old mind,he says she must like him because they sometimes watch the same tv show, LOL.
Here he is practicing his cupid skills with his new bow & arrow.
Posted by veganf at 6:45 AM

What a fun post! How many times have I said this, but here it goes again... your kids are so cute and happy!!

Of course you'd Wing It!