This week was soooo busy, especially with preschool starting up again and me getting back to the YMCA for some exercise twice a week. 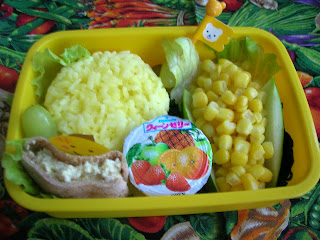 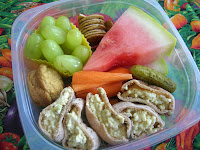 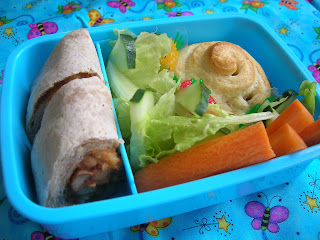 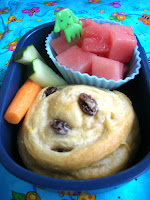 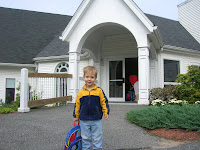 It was Nate's very first day
of preschool. It was only an
hour long the first day, and Dada was the parent helper (it's a cooperative preschool). Snack was brief: organic pretzel sticks and strawberry kiwi 100% juice blend.
AJ's first day back was two hours long. His snack: carrot; cucumber slices; watermelon chunks; cinnamon raisin roll. 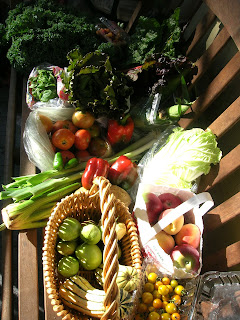 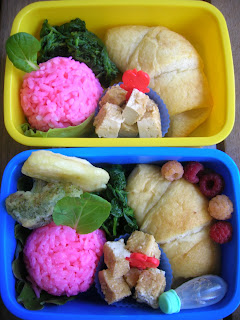 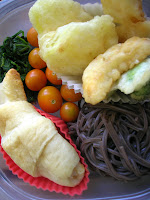 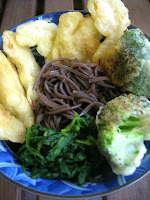 I love it when I can glean breakfast from my lunch preparations. This was the heartiest breakfast I'd had all week: soba noodles, tempura, spinach.
Husband's lunch: cold spinach; cherry tomatoes; tempura; sesame tofu (hidden on the right); soba noodles; apple cinnamon croissant. 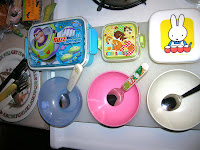 People often ask how
I can do so much with
4 kids. I plan ahead a
lot, right down to setting
out the breakfast dishes
and bentos the night
before!

I decided with all the peanut allergies in schools these days that it was time to give sunflower butter a try. I thought it had a funny taste, but I heard no complaints from the boys. I still prefer cashew or almond butter, but it's nice to have this option for preschool which is completely nut-free. 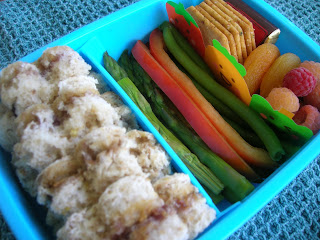 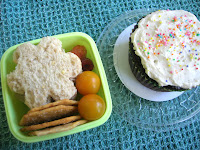 Nate was too distracted
by fun stuff in preschool
to bother with his snack,
so he ate it later for
lunch: SBJ sandwich
flowers; raspberries;
cherry tomatoes;
vegetable crackers.

There was a class birthday already so I packed him a cupcake too. 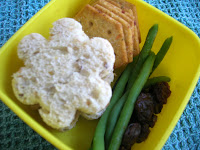 I'm still learning how to use edible soy wrappers successfully. The smooth side yields a crisper stamped image but curls easily; I'll have to stick to the rougher side in the future. 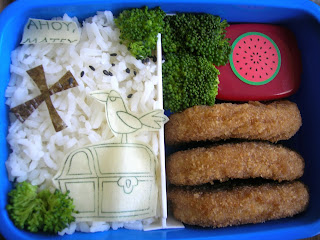 Ryan's Pirate map lunch: rice; steamed broccoli; Chicken-free nuggets with a container of ketchup for dipping. Not shown: a container of cinnamon applesauce. 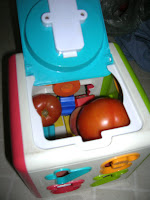 I found some missing
tomatoes & peaches
in the shape sorter...
Nate! Later in the day
I found it filled with
apples.
Posted by veganf at 10:15 AM

I think that is it hilarious he put food in the shape sorter. That is something Eowyn has done. I've found grapes in the shoes!